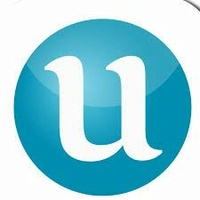 The 2,100MW Rufiji hydropower project is being built on the Rufiji River in Stielger’s Gorge, Selous Game Reserve of Tanzania. With a gross output of 5,920GWh, the plant will more than double the country’s power generation capacity, upon commissioning.

Tanzania Electric Supply Company (TANESCO), which is operated by the Ministry of Energy and Mines, is undertaking the project.Tanzania’s federal budget proposal, unveiled in May 2018, earmarked $307m for the project, which accounts for approximately 40% of the country’s total federal budget.

Rufiji hydropower plant make-up
The Rufiji hydropower project will include the construction of a roller compacted concrete (RCC) dam on the Rufiji River. The dam will be 134m-tall and have a storage capacity 34 million cubic metres (Mcm) of water.

PROJECT GALLERY
The reservoir will be 100km-long and 1,350km² in area, while the earth embankment will be 3.7Mcm.

The power house will be above-ground and consist of nine vertical Francis turbines with capacity ranging from 200MW to 300MW each, and power generators with a capacity of 1,200MW each.

Infrastructure at Rufiji hydropower project
Power transformers of 235-353MVA each and having a combined capacity of 2,470MVA will be installed. The plant will also include a 400kV switch yard.

Contractors involved
A joint venture of two Egyptian companies, The Arab Contractors and Elsewedy Electric, was awarded the £2.24bn ($2.9bn) engineering, procurement, and construction (EPC) contract for the 2.1GW hydroelectric project in December 2018.

The Arab Contractors holds a 55% share in the contract value, while Elsewedy Electric holds the remaining 45%.

Environmental issues
Rufiji hydropower project has been facing opposition from ecologists as it will occupy 3% or 1,350km² of the 45,000km² of land, which is a part of Selous Game Reserve, a World Heritage Site.

However, during the 41st World Heritage Committee (WHC) session in Poland in July 2017, the delegation from Tanzanian Government asserted the country's firm position to execute the project.
The delegation argued the dam had been in the Government’s agenda since the 1960s, before the Selous Game Reserve was included in the World Heritage List.

Another explanation supporting the project was that the proposed dam occupies a tiny portion of the heritage site, but will benefit the power-starved country in a big way.

Marketing commentary on Tanzanian energy market
Tanzania, the sixth most populous country in the sub-Saharan Africa, has been facing chronic electricity shortage with just 40% of the country’s 59 million population having access to electricity.

The country’s current installed capacity is 1.6GW, which comprises 41.7% hydro, 44.7% natural gas, 12.8% liquid-fuel, and 0.8% biomass-based power generation. As of 2016, the gross electricity generation in Tanzania was estimated to be 6,448GWh, while the per capita consumption was 137kWh/year.

The country’s energy ministry plans to increase the total installed capacity to 5GW by 2021 and to 10GW by 2025.